The Oceanside City Council is considering the LA / Vegas style billboards once again. You may remember, the request for an electronic billboard at state route 78 and Rancho Del Oro was shut down last year  – this time there are two up for approval at SR 78 / Rancho Del Oro and SR 76/ Airport Rd, and Oceanside residents are  not happy.

The brightly lit, flashing, 60 ft. high (6 stories) by 30 ft. wide billboards are are proposed on city owned property and as the petition says, residents have multiple reasons to be concerned:

Community members are circulating the petition below and you can help keep those tacky billboards out of Oceanside.
Please email the city council today!
Council@ci.oceanside.ca.us
Be sure to Include your Name and Street Address (to verify residency) and the Subject: NO Electronic Billboards!
Send the petition below or write your own personal email.

To read more on the subject follow the link to the Union Tribune or Coast News articles. 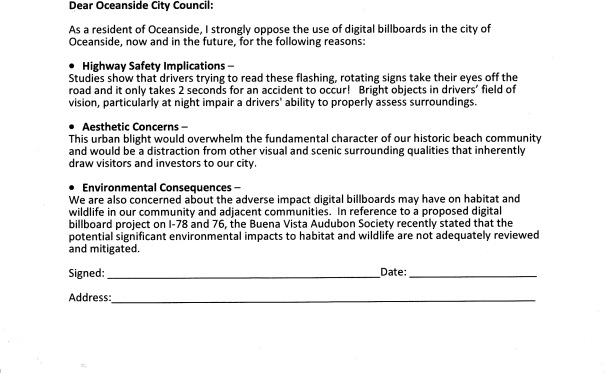 It’s a great time to meet new neighbors, catch up with long-time residents, and share the news from around the hood. Bring your kids, dogs, and friends and lets bring some end of year cheer to Fire Mountain! 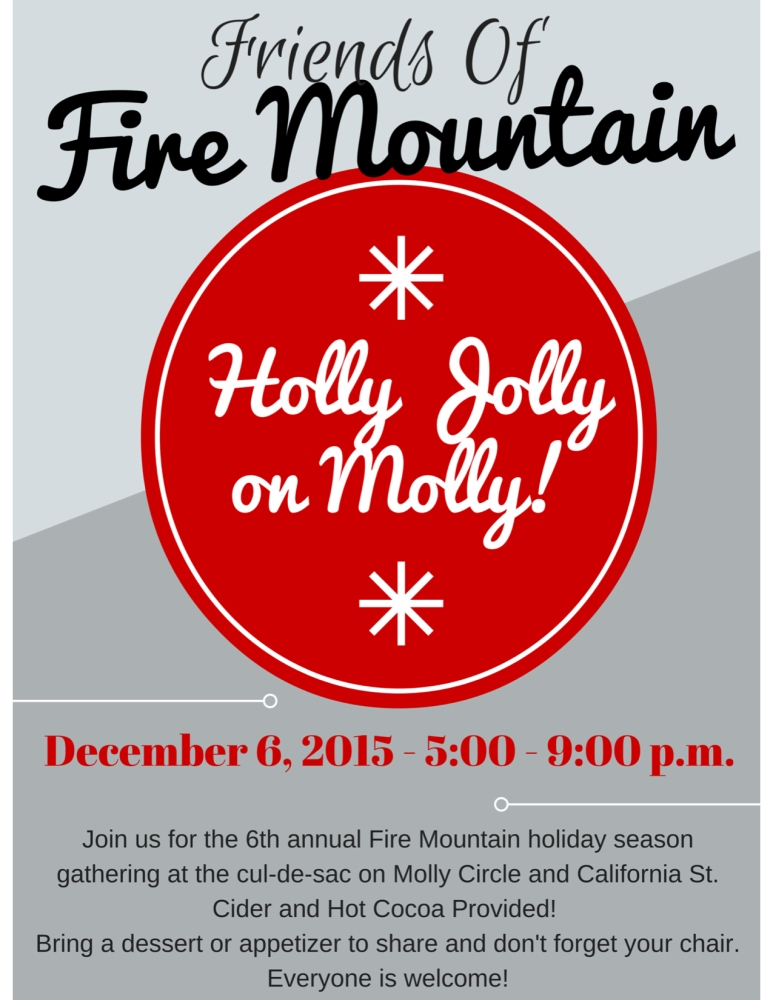 Join us for the 6th annual Fire Mountain holiday gathering – Meet at the cul-de-sac on Molly Circle and California St.
Cider and Hot Cocoa Provided, just bring a dessert or appetizer to share and don’t forget your chair.
All Fire Mountain residents are welcome!

If you’ve been staying away from Harbor Days  because the crowds make you crazy, here are a few tips for joining in on the fun without stressing out.

Go Early!  The Fire Dept. Pancake breakfast starts at 7:00  am both days and the Tiki Swim is at 8:00 tomorrow (who doesn’t want to watch other people freeze their tikis off?!) and the craft & activity booths open at 9:00 am.

Getting in and out can be easy – here are some tips from Fire Mountain locals on how to get there and where to park:

If you have more suggestions, feel free to leave them in the comments below.

Be safe and have fun!

——- A quick update for those wondering about the Nail and Sail 2013 Judging and Race times:

Protesters stated that the puppies are trucked in from puppy mills in Missouri instead of coming from local shelters and their goal is to rally support in the city of Oceanside to create a ban on the sale of puppies, kittens, and bunnies at retail storefronts.

Over a dozen cities in California including Los Angeles, Laguna Beach, Dana Point, Chula Vista, and San Diego have adopted ordinances placing restrictions on the sale of animals from commercial breeders. The ban was created to stop the flow of puppy-mill puppies into those cities, which increases the number of  dogs left languishing in shelters, effectively increasing the number of animals euthanized each year and costing cities money.

As one of the protesters put it, “We want them to be here. We love the business. We just don’t want them to sell puppy-mill dogs. It would be wonderful if they would take puppies from our shelters because we have hundreds of them.”

Follow the link for the full story in the Union Tribune: Oceanside-pet-store-protest

Friends and Families of Fire Mountain – join us for good times, beverages, and BBQ.
Sunday, August 25th at 3:00 PM.
Bring: Your family, friends, dogs, a chair, something to BBQ and something to share.
We provide: the grill and the location: the cul-de-sac at the end of Avocado Rd., off Dunstan

Bring a can for the food drive and we’ll see you there! 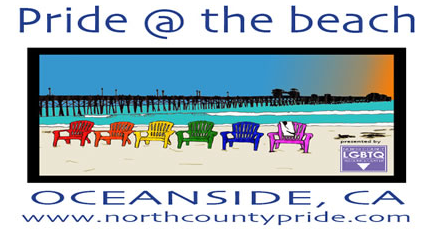 Pride at the Beach takes place Saturday, Oct. 13th, near the Oceanside Municipal Pier and amphitheater and includes a tent city full of vendors and food merchants. A line up of entertainment is listed below and for more information please visit the North County LGBT Resource Center Web Site or Pride at the Beach.

Be ready for a some walking, as parking is limited!