Just before the holidays, on December 12th, one of our neighbors on Dunstan had a break in. The burglars used a very common method of casing the house, they watched the owner drive away, then knocked on the door. They knocked again and again to make sure no one was home. But in this instance, the teenage son was home sick from school. Not feeling well, he didn’t open the door, but called his dad to find out if he was expecting someone. Unfortunately their back sliding door wasn’t locked (who hasn’t forgotten this at some point?) and the thief came into the house, at which point the son went into the master bedroom, locked the door, then went into the bathroom and locked that door,  called his dad, who was just down the street running an errand, and then called 911.  The burglar kicked in the bedroom door and possibly heard the teen on the phone in the bathroom because when the police arrived, guns drawn, he was gone. The circumstances were incredibly frightening but luckily the boy did the right thing by not confronting the burglar, as did the dad by not rushing into the house, as the police requested. (FYI: burglary related assaults most commonly occur when someone surprises/corners a thief, so please keep that in mind if you walk in on a suspicious situation in your own home.)

The homeowner on Dunstan shared his own thoughts about what to watch out for in your neighborhood: 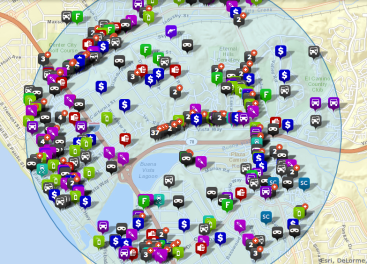 Be aware of the cars and people on your street. When I pulled up to my house I noticed a large, white, unmarked van sitting up the street with only one driver in it. I think they  may have been the ones who saw me leave and were ready to throw my stuff into the truck. Also take notice if someone is loitering on your street – maybe it just looks like a teenager or someone is sitting on a curb smoking or talking on the phone, but what they’re actually doing is waiting for someone to leave and then calling the crew to let them know which house is a ready target.

Luckily nothing was taken in the Dunstan case, but thieves are not discriminating and usually it’s not so much the things that can be replaced, but the process of replacing them, the irreplaceable items, and the sense of security that you lose. Only about 13% of all reported burglaries are solved by police so you will likely never see your grandma Hazel’s costume jewelry again!

Now that the holidays are over and all the gifts have been delivered, it’s a good time to be aware and update yourself with tips on how to prevent home break-ins. There are a lot of good tips out there so I’ve included links to a couple of easy, concise lists from Moneycrashers.com and Nationwide insurance and a pretty comprehensive list below from Scambusters.com – I only scooped the tips from their in depth article by criminologist Elicka S.L. Peterson-Sparks, so if you want more info from them, just follow that link.

* If have tips or you’ve had a break-in, please feel free to comment below or email friendsoffiremountain@gmail.com to share info and help keep our neighborhood safe!

…Elicka graciously agreed to let us publish her home burglary protection tips to her neighbors, to which we’ve also added a few thoughts of our own. Here they are.

There are two other important home burglary facts you should know.

First, if you’ve previously been burglarized, you’re statistically more likely — six times more, according to Elicka– to be targeted again, so you will need to take extra precautions.

And second, home burglaries can involve much more than the theft of your valuables. If the crooks steal personal and confidential information, you could become a victim of another major scam –identity theft. Visit the Scambusters Identity Theft Information Center to learn more about this crime.